There was a little over a year wait between our first and our second foster placement: Three’s Company, a sibling group of 3. On the one hand, you are happy because maybe there aren’t many kids needing a home. Still, on the other hand, you know there are kids in need.

There was a new law in Illinois called Fictive Kin, and kids were being placed with anyone that parents named. They don’t have to be family or foster parents as long as they agree to care for the child and are found fit. They could then take classes to become a licensed foster parent and get the standard stipend instead of roughly half as a non-licensed placement.

Our girls (Tale of Two Sisters: First Placement) came to us after Fictive Kin didn’t work out. They weren’t being properly cared for, and so they had to be moved from the relative placement to a licensed foster home. Similarly, our second placement of a sibling group of 3, also came from a placement that didn’t work out. The story of how they came to live with us for 7 months is a little different, but again, our lives were touched, and we were the home that they needed for the time that they needed it.

To keep up on our license, I have to have a certain amount of training hours, so I thought I would knock some of those out while we were between placements. I took an Educational Advocacy class and then Trauma Training class. During my Trauma Training class, I met a woman that pointed me in the direction of 2 Facebook support groups, one for my county and one for my state.

I started reading the posts and commenting and commented on one post about how long people have been waiting and where they are located.

A licensing worker in my area asked me if she could private message me. She was looking for a placement for a sibling group of 3 kiddos. A 3yo girl, 9yo boy, and 10yo girl. At first, I responded with slight interest, but I really couldn’t imagine 3 more in our house when we typically have anywhere from 2 to 4 boys around. My husband and I are licensed for 2. Still, if you accept a sibling group, you are typically able to get a waiver for more, so that wasn’t an issue.

Then… she sent me pictures.

I sent them to my husband and fought him (and God) for a while about how crazy this is. However, the kid’s photos had grabbed our hearts. As my husband has said before, this is what we were meant to do. So now we would be a house of 7, and 9 when my step-sons were over.

It wasn’t a critical situation, they were with relatives that weren’t working out, we figured that a Friday would be most natural to have them move in. They would start school and daycare on Monday. It was the end of October, we made signs for the kids to hang on the front door to welcome them. The journey of our second foster placement has begun and our hearts were ready to love on them!

They arrived with a few bags each, which surprised me because they were living with the family that they have lived with all along. Regardless, our first order of business was to get them settled into their rooms, figure out where the cat pee smell was coming from on them and then go out and get some new clothes for school. I had registered them and got the youngest signed up for daycare earlier in that week, so all of that was set. Our school district was phenomenal in helping get that set up quickly.

To say it was an adjustment was an understatement. The kids (mostly the 3-year-old) were used to being on their tablet all night long to fall asleep too. That isn’t how it works in our house, so we let it go the first few nights, and then we transitioned her into watching a cartoon before bed. She would get up a bunch of times at first to ask for water or milk or snack, but consistency worked, and pretty soon, all the kids were good sleepers.

A few weeks in, we discovered they all had a head full of lice, which they shared with me. I had yet another new experience, having lice and lice treatment at a clinic is quite the adventure. Like the textured hair experience gave me a unique insight, having lice, gave me a whole new empathy for parents who deal with this! My advice, Lice Clinics of America. One visit and done. It is worth the cost. Let’s move on.

It was fun, interesting, sad, surprising, and the ride of a lifetime with these 3 kiddos. 3yo was smart, sassy, creative, danced, and sang all the time. Which was so much fun! She had the most beautiful sandy blonde hair. With natural curls that I could only dream of on myself.

9yo was adventurous, Lego addict, sports enthusiast, and super talkative. What I remember the most “can I go outside and play basketball?” If he wasn’t outside shooting hoops, he was in his room playing with Legos. He got teased at daycare for being “adopted,” and you know the saying about not messing with a momma’s kids? Well, the same goes for foster kids, don’t mess with this momma’s foster kids. We talked to the daycare, and when things weren’t resolved, we moved them to another. It was a big challenge for us because there wasn’t transportation to that new daycare. Since he was going through so much, he didn’t need to feel like he had to deal with that nonsense.

10yo was a red-headed freckled face like me. Only this girl had gumption. She knew how to stand up for herself, protect herself, was extremely talented, and social. However, she had to learn how to be a kid. We would take care of her younger siblings, she needed to enjoy being a kid. They all had their survival skills, but it had affected her the most.

We found out their mom was pregnant and going to deliver in April. The caseworker asked if we would take the baby, and we said we would. However, we knew from the beginning that we couldn’t keep them long term. So when things started looking like parental rights may be terminated, the agency began looking for a pre-adoptive home for all four. We would keep them as long as that took, but surprisingly it didn’t take long.

It was amazing to see the system work as it should. They made arrangements with the new family, us, the kids, and the workers to all meet each other.

We told the older kids what was going on. We waited with the youngest until we knew this would be their new family. It all worked out amazingly. The baby was born in April and the kids were excited to meet him. The new family started to care for him as soon as he was released from the hospital. We transitioned the kids slowly. One weekend day for a few hours, one whole day the next week. An overnight, and then a weekend. When school was out at the end of May. We helped move them into their new home about 30 minutes from us and have visited them a few times since.

We feel very blessed that the transition went so well for them. That one family could take their newborn brother and all 3 of our foster kids. So they all could stay together AND that they still let us visit with them. It wasn’t as hard of a loss for us. Not for the kids either, compared to our first placement. I think because we are still involved a bit. Also, it helped we were all open about our home was not their last stop.

We have pictures of the kids all over the house. We love them and want the very best for them and know God has His hand all over their situation. Our house had never been so quiet as the day we moved them out on May 24th, 2018. We didn’t realize it then, but in a few weeks, our world would be rocked again.

Our 3rd placement, a newborn baby girl. Post to come after her adoption is final.

Thank you for reading about our second foster placement.

Want to join the discussion?
Feel free to contribute! 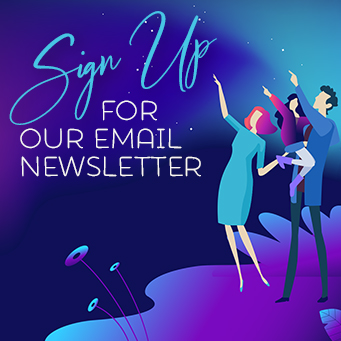 Our First Foster Placement: A Tale of Two Sisters